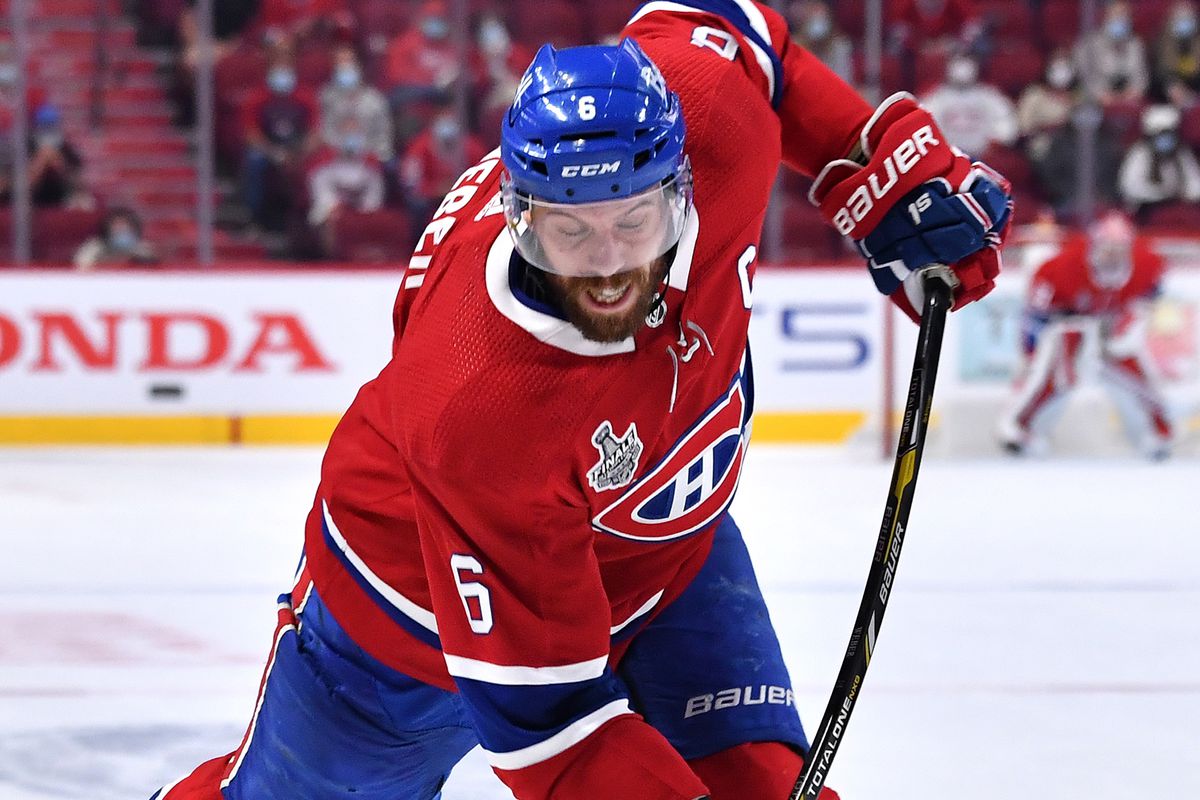 Montreal Canadiens defenseman Shea Weber’s future is uncertain because he may not play at all this upcoming season and perhaps beyond that due to lingering knee, foot, ankle and thumb injuries he sustained last year.

He missed the Canadiens’ final eight regular-season games with a thumb injury yet he still played 22 games where he scored one goal and five assists during the recently concluded Stanley Cup Playoffs.

Weber has five more years in his 14 year contract that he signed back in 2012 and it doesn’t look good. He underwent surgery to repair tendons in his left foot in March 2018 and missed 80 games between 2017-19. He was limited to 48 regular-season games due to injury this season, scoring just 19 points (six goals, 13 assists).

Question will remain whether the Sicamous British Columbia native wants to continue to play. In 1038 career games, Weber has scored 224 goals along with 365 assists and 714 points as well as 18 goals, 24 assists and 42 points in 97 career games in the played.