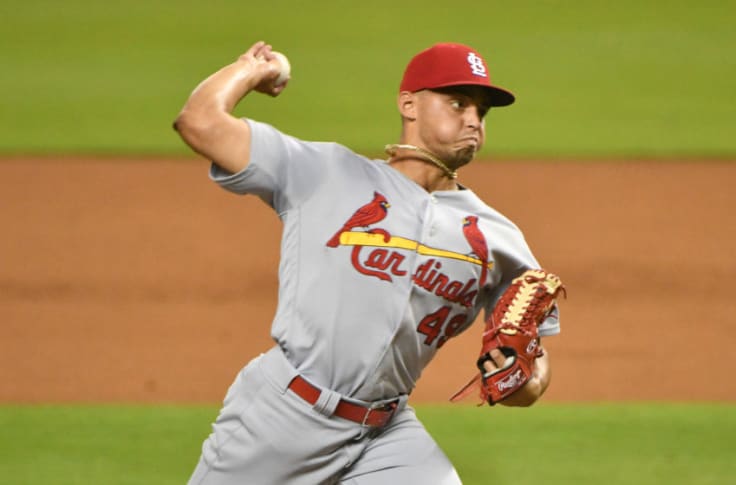 The St Louis Cardinals have been without their ace all season and may very well have to wait until next season to get him back. Although right handed pitcher Jordan Hicks could be back in the line-up by August, that timeline may be delayed.

He has been out since suffering an elbow injury and has only appeared in 10 games. During that time, he has ten strikeouts and has a 5.40 ERA. All of those games Hicks has appeared were in the month of June.

The Houston Texas native has opted out of playing last season due to the coronavirus pandemic. Overall, he has posted a 5-6 record, 111 K’s and a 3.64.

The St Louis Cardinals are eight games behind the Milwaukee Brewers for first place in the National League Central division with a 44-46 record.

The door is not yet closed on Hicks returning this season. But if manager Mike Shildt’s latest update is any indication, the Cardinals should not hold their breath on him coming back, marking yet another blow to a roster that has been devastated by injuries.