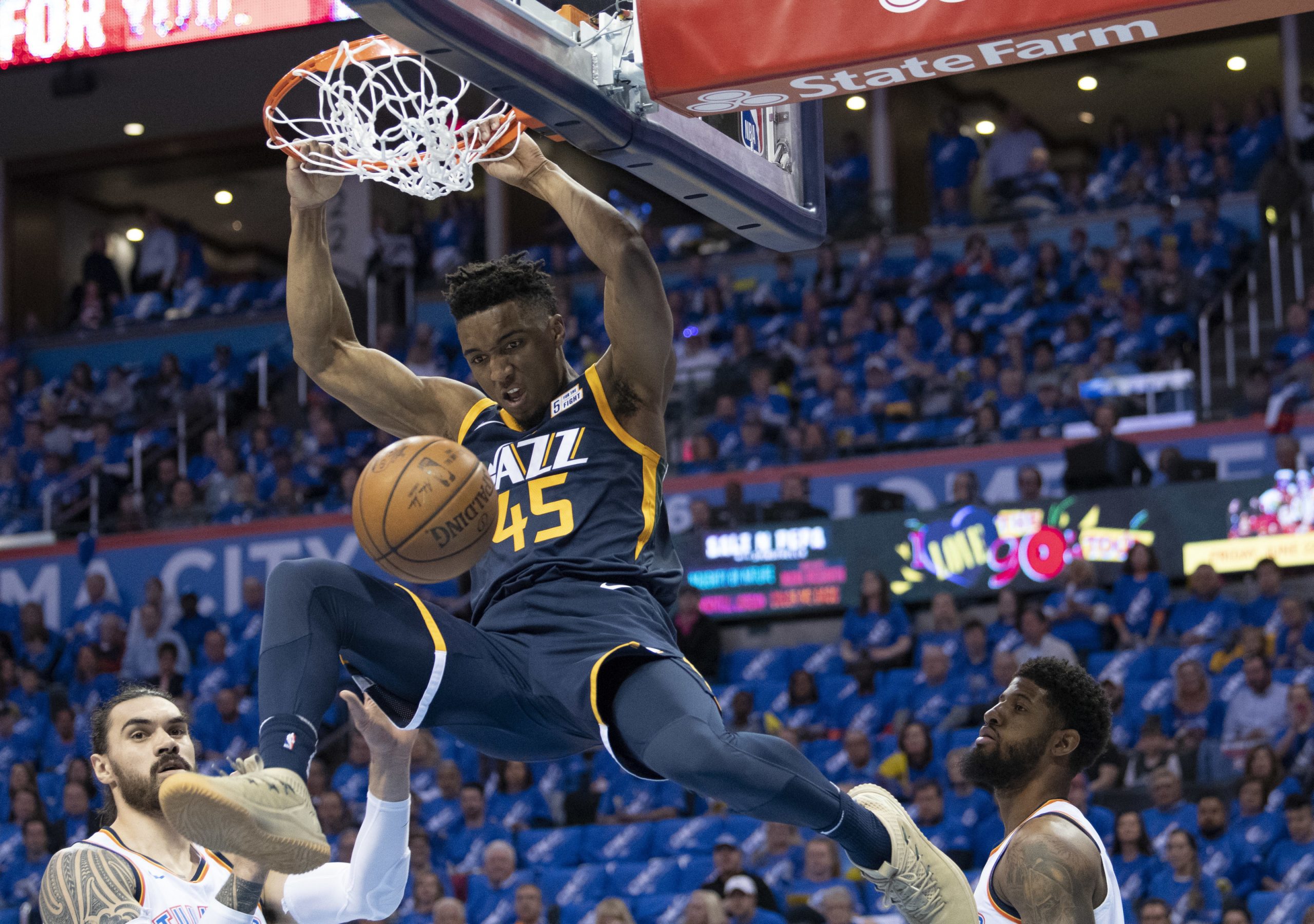 Utah Jazz star Donovan Mitchell will miss the team’s last three regular season after having his sprained ankle re-evaluated yesterday. He will most likely be re-evaluated again shortly before the playoffs begin.

The last time Mitchell saw some action was on April 16th in a win over the Indiana Pacers. The Utah Jazz organization originally stated that he would be out for one week, but he will miss one month when the Jazz conclude their regular season this week against the Sacramento Kings.

The two-time All Star ends the season with a career high 26.4 points and 5.2 assists as well as averaging 4.4 rebounds and one steal in 34 minutes across 53 appearances.

In 13 games without Mitchell, the Utah Jazz won first place in the Western Conference again going 8-5 in the process after briefly trailing the Phoenix Suns in that position.