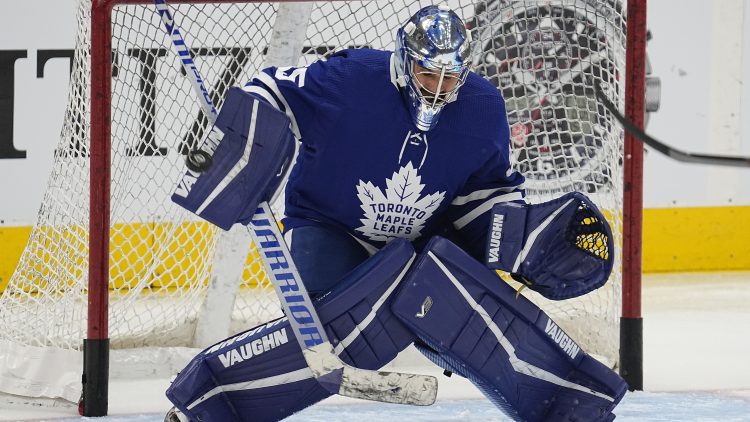 Toronto Maple Leafs backup goalie Petr Mrazek is expected miss right about a month due to a groin injury suffered earlier this week.

He was placed on the team’s injured reserved list for the second time this season having re-aggravated the same injury he suffered during the Leafs’ 3-2 loss to the Ottawa Senators.

The 29 year old native from Ostrava Czechoslovakia is 1-1-0 with a 4.20 GAA and a .877 Save Percentage and expected to serve as Jack Campbell’s backup.

Until Mrazek comes back, the Toronto Maple Leafs have called up Joseph Woll from the team’s AHL affiliate club the Marlies.

In 277 games played, Mrazek compiles a record a 129-97-31, 2.61 GAA and a .910 Save Percentage in his 10 year career with the Leafs, Carolina Hurricanes, Philadelphia Flyers and the Detroit Red Wings.