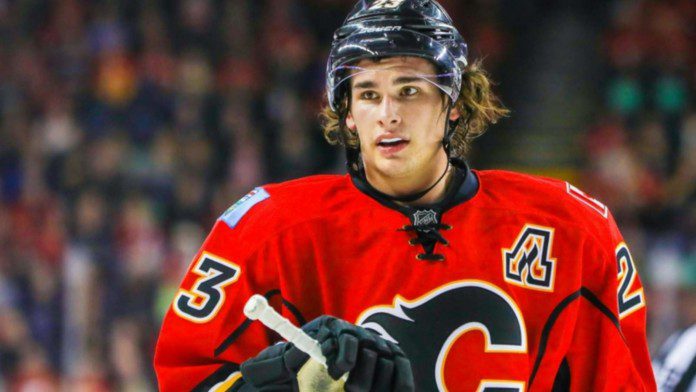 Calgary Flames forward Sean Monahan will most likely miss out on the remainder of the 2021-22 NHL season after undergoing extensive surgery on his hip.

Injuries have clearly played a factor in the decline of Monahan’s game. Once a player who was perenially in the conversation to put up 30-goal seasons, the 27 year old native from Brampton Ontario has scored just eight goals and 23 points in 65 games played this year, his worst single season numbers in his nine year career.

“Having done this immediately was the right thing to do. I’m truly sorry that I will not represent in the Stanley Cup Playoffs this season.” said the Flames superstar who has one more year left on his seven year $44.625 million contract he signed way back in 2016. He has had his season ended once before at that was late in the 2017-18 season

Finding a way to move Monahan’s $6.375 million cap hit will be a priority for Flames GM Brad Treliving this offseason, as the team is hoping to sort out new contracts for Johnny Gaudreau (UFA), Matthew Tkachuk (RFA), and Andrew Mangiapane (RFA).