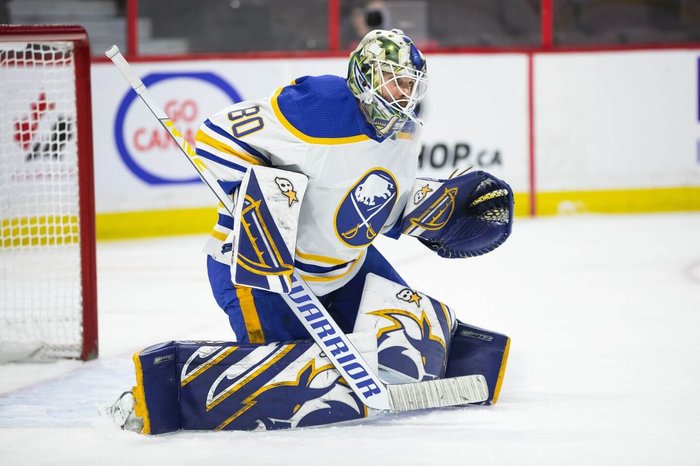 Buffalo Sabres Goaltender Aaron Dell has been suspended for 3 games for elbowing Ottawa Senators forward Drake Batherson late in the first period during the team’s 5-0 loss on Tuesday.

Batherson, a first-time NHL All-Star, sustained an ankle injury on the play and will miss next week’s festivities in Las Vegas as a result. He could also miss the next couple of months because of that.

“I don’t like calling out other goalies, but they’re not expecting to get hit by a goalie. Just like when a goalie comes out to play the puck, you can’t hit him,” Ottawa goaltender Matt Murray said after the game. “I just thought that was a dangerous play that turns out to be a really unfortunate result.”

The 32 year old native from Airdrie Alberta struggled with Buffalo this season going 1-8-1 along with a 4.03 GAA and an .893 save percentage in a season limited to 12 games.

He has neither been suspended nor fined in his 126 game NHL career prior to this one. The suspension starts when the Buffalo Sabres visit the Arizona Coyotes tonight.