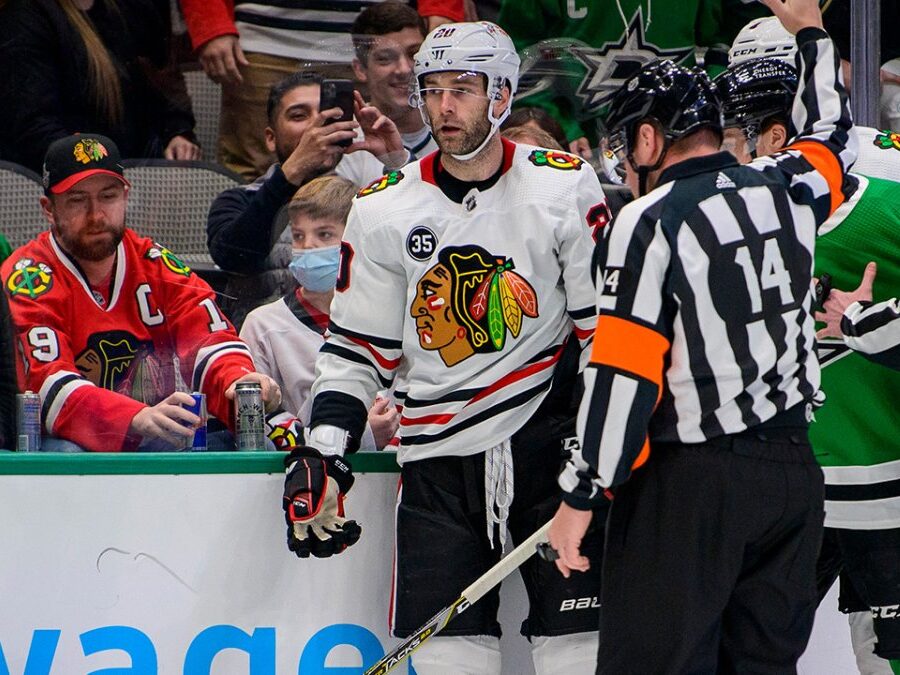 Chicago Blackhawks forward Brett Connolly has been handed a four game suspension for an illegal hit to the head on Dallas Stars forward Tanner Kero. This also led to him being taken off the ice on a strecther. (Not before laying motionless for the next five minutes)

The incident occurred during the first period in Saturday’s game between the two teams. Shortly after that, Connolly was given a five minute major penalty and a game misconduct as a result. It was only the veteran forward’s second game of the season after he began the campaign in the AHL following an off-season trade from the Panthers.

Prior to this incident, the 29 year old native from Campbell River British Columbia has neither been suspended nor fined during his 529 NHL game career.

The former 6th overall pick by the Tampa Bay Lightning and Stanley Cup Champion with the Washington Capitals begins his suspension on Tuesday when the Hawks host the Columbus Blue Jackets. His suspension expires January 4th when they welcome the Colorado Avalanche.